My childhood with mumps, measles and chickenpox. And deafness. 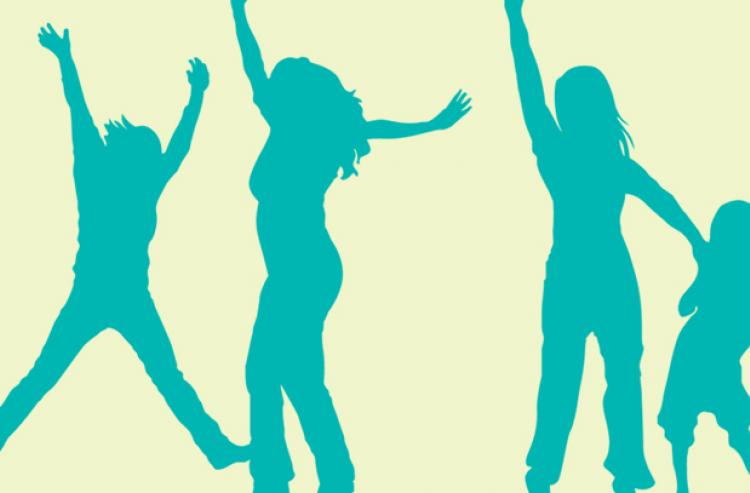 My childhood with mumps, measles and chickenpox. And deafness.
Share this article to earn vaccines!

Watching the debate over vaccinations has been an interesting process for me. When I first heard that there was a debate, I did not at all understand the issue. I don’t have kids, but my best friend does and when her little guy was young she started talking to me about this issue. It didn’t take long for me to figure out where I stood because it didn’t take long for me to connect the dots. The very scary dots.

You see, when I was young I had mumps, chickenpox and measles. My whole life has been one health battle after another. I don’t want to portray myself as overly burdened, there are a lot of people who have it a lot worse and my story could be worse. I could be dead, literally I could be dead or I could still be deaf. Yes, that’s right I said I could still be deaf. It’s hard for me to fathom why anyone would take the risk of their child being exposed to these illnesses because I know how horrible they are. Even though I was so tiny and young when I contracted them, I have clear memories of how horrible they were. Plus, there was the deafness.

So here is my story. I have two little sisters and we were all born very close together. My middle sister has Down’s Syndrome and was born with congenital heart disease, which is common for people with Down's Syndrome. As a result of my sister’s health issues, she spent a lot of time in and out of the hospital. My parents did a fantastic job of caring for her and for us despite all of the obstacles thrown in their way. If they were raising us today, they would have an even more effective arsenal and may have had an easier time of it, thanks to the MMR vaccine.

All three of us girls got mumps, measles and chickenpox. I cannot even imagine the stress that my parents endured having three little ones contract these illnesses. I don’t know the why or how of it but I assume that spending so much time in hospitals was probably a pretty good way to contract these diseases. When the bout of illnesses was all over, my parents thought they could breathe easy and that the only health issue they would have to deal with would be my sister’s heart disease, which was enough on its own. But one day my dad realized that I couldn’t hear properly anymore. Just like that, they had another health crises to attend to.

I was four when I lost most of my hearing. My father remembers this as being caused from the mumps, my mother remembers it being caused from measles. From what I read, the medical science indicates both mumps and measles can cause deafness. That’s how human memory works though, details get fuzzy after several decades. That said, some things are so horrible that you cannot forget. For example, I will never forget the incredible pain I had from the mumps. I was bunked up with my sisters and cousins in a dark room while my parents, aunt and uncle took turns caring for us. I remember my neck hurting incredibly bad and crying making the pain worse. I remember my mother stroking my head to try and calm me. I will also never forget lying on our couch, my little body so small it didn’t even take up half the couch. I remember then I had chickenpox and my elbows hurt so bad I was screaming. The pain was arthritic-like pain in my tiny little joints caused from my immune system being so wracked from the virus. Of course, I will also never forget struggling to hear and later speak well due to deafness.

Specialists were able to repair the damage with surgery but ultimately the surgery failed and had to be repeated twice. So from the ages of four until the age of eight, I was legally deaf on and off. I remember being bored in school because I had no idea what the teacher was saying. I remember going to Learning Assistance and struggling to catch up in school despite being “gifted” due to the time I missed and the struggles I had with speech and language from being deaf part of the time. My social development and self-esteem also suffered in the wake of surgeries and hearing loss as well. I did make a full recovery. I graduated high school and post-secondary and have a career as a researcher and I have a happy life. I am lucky that way.

Sadly, I was not lucky in all ways though. I now live with Lupus, which is an auto-immune disorder. For me this means living with some physical limitations and pain. I have to manage my time very well, rest often and I cannot usually work full time. This disorder is caused by a genetic pre-disposition to autoimmune disorders, as well as environmental factors such as lifestyle, and exposure to illness. Yep, exposure to illness. Although the cause of Lupus (or autoimmune disease in general) is not fully understood yet, there is some indication that exposure to illness can be a precipitating factor.

You can see how I cannot for a second understand a parent’s decision to take the risk of not vaccinating their children. For me with my memories of my childhood illnesses as well as my current health status, it’s just heartbreaking to think of parents choosing not to vaccinate. My memories are strong and I can empathize too easily with children`s bodies going through what I did. I wouldn't wish that on anyone, let alone a child. I know that these illnesses can have lasting and devastating effects. If my parents had the arsenal of vaccines that parents have available to them today to avoid having three little girls suffering through these diseases, they would have taken it in a heartbeat.

Thank you for sharing your story. Parents need to hear stories like these. Please continue to share it with the world.

Thank you for sharing your story!